The wildfires of 2020 nearly mimicked the seemingly uncontrollable spread of the coronavirus pandemic as they swept through California beginning last spring. From the August Complex that ravaged Northern California’s Coast Range to the Bobcat Fire in Southern California, the wildfires that hit California over the course of the season broke records not only in number but also in intensity, accounting for five of the six largest fires in the state’s history. As the Los Angeles Times reports, over 4 million acres were burned and 31 lives were lost, while tens of thousands of people were displaced from their homes.

Indeed, the causes behind such forest fires range from sparks left at campsites to a history of fire suppression that has left forests with even more previously unscorched plants to serve as fuel. However, as the New York Times highlights, climate change has driven the increase in wildfires in recent decades.

Ongoing efforts to manage wildfire risk indeed play an important role in minimizing damage caused by fires. State agencies have proposed strategies including fuel reduction treatment, involving forest thinning, and prescribed burns to combat wildfire risk. However, these approaches come with their own risks, such as uncontrollable burns or exposure to smoke within nearby communities. Such challenges have left much room for improvement to keep communities and wildlife safe.

Stepping into the forest management picture just recently, artificial intelligence and machine learning show great promise in the future of managing wildfires. One company, Overstory, is focused on developing solutions for fighting wildfire risk through machine learning. The company, having just closed its seed round in August of 2020, applies machine learning algorithms to analyze satellite imagery and real-time data to generate valuable insights into wildfire risk, with a focus on serving electric utilities. Its AI-powered algorithms help construct detailed mappings of forest areas near power lines in order to provide utilities with warnings of faulty lines or equipment that can quickly ignite fires.

Meanwhile, mitigating wildfire risk also involves long-term insights into other indicators of forest health, such as tree species and growth rates. Salo Sciences, another company aiming to accomplish this goal, focuses on developing technology to support conservation initiatives. Based in San Francisco, Salo Sciences has recently developed a platform to support forest management operations, including managing wildfire risk. Teaming up with Vibrant Planet and Planet Labs, Salo Sciences created the California Forest Observatory to monitor forest health and track the causes behind wildfires. The project brings together voices from AI and ecology experts as well as CAL FIRE and emergency response teams in hopes of not only monitoring wildfire risk, but also improving forest management, restoration, and resilience in the long term. With universities, public institutions, and NGOs slated to receive free access to the data, Salo’s project is a strong indicator of progress moving forward in combating wildfire risk across the state.

Such innovative companies as Overstory and Salo Sciences will continue to play a major role in mitigating the risks posed by wildfires, and they are not alone in this endeavor. Terrafuse, for instance, is similarly using machine learning to provide predictive insight and tackle climate and weather-related risk, from wildfires to local precipitation. As climate change continues to have drastic effects on the planet, with fires raging not only in California but also along the West Coast and in Australia, it is critical that new tools are developed to keep both communities and ecosystems safe.

While AI and other technologies serve as a significant leap forward in managing wildfire and climate risk, they are tools in a project of ever-increasing urgency that will require multiple groups, from companies to governments, to turn more attention toward combating climate change. The solution involves not only addressing the damage already done, but also working ahead to ensure such trends change for the better. It ultimately comes down to both groups and individuals to shift the trajectory of climate change and global warming in order to keep both natural ecosystems and communities safe in California and beyond. 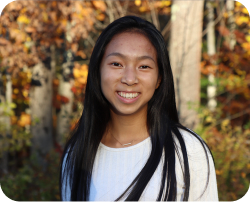 Emy Li is a student at the University of Southern California studying Applied and Computational Mathematics. She is passionate about green innovation and hopes to combine her interests in technology, entrepreneurship, and sustainability to create positive environmental and social impact.

Darkness Behind the Light: A Love Letter to LA

AI LA's collaboration with Ouchhh Studio to create a collection of AI-generated artwork using environmental and healthcare data wrangled from LA County's five districts. The digital collection debuted at the "Fun For Funds Festival" during LA Tech Week in August to build awareness of the climate and health disparities plaguing LA County.